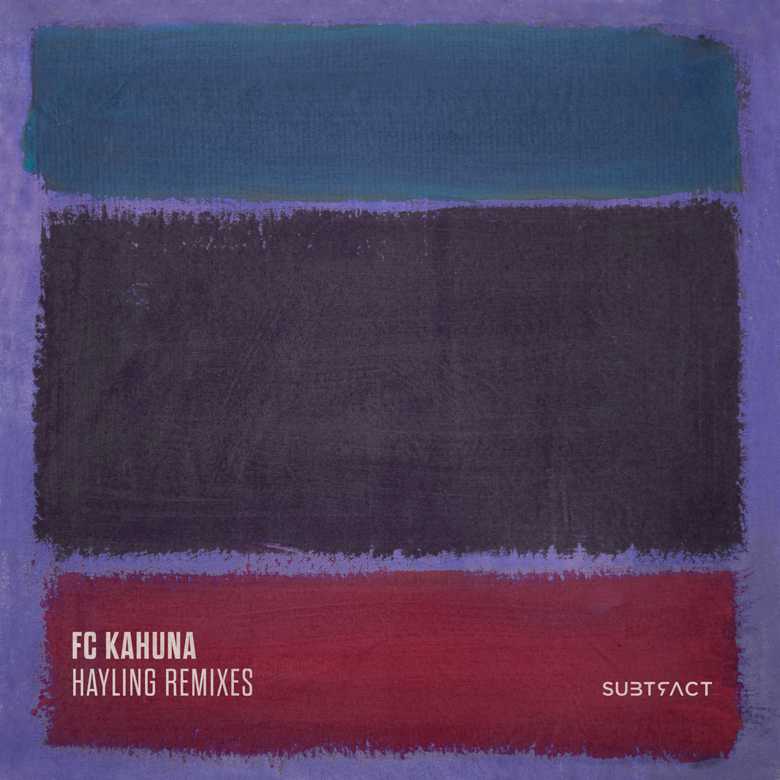 Almost 20 years ago, when the scene prided itself on being a family of happy misfits, FC Kahuna’s ‘Hayling’ hit us with force. Resonating with a universal, star-gazing, emotional soul it was one of those rare tracks that fans (and indeed misfits) from every genre, every style, every camp could resonate with. Fans like Subtract Music founder Anton Tumas.

Back then he was just cutting his electronic teeth, but the force of ‘Hayling’ has always been with him… To the point he’s dedicated his label’s 16th release to it. Successfully navigating the complex maze of licensing, he’s brought a whole new lease of life to the iconic original with some of the very best names in the game. John Digweed and Nick Muir, Damian Lazarus, Andre Lodemann and Fabian Dikof and the mighty Deetron.

Digweed and Muir take the lead with two beautifully crafted takes on the classic. Loosening up the swing of the original, adding a little live-sound bass and highlighting all the cosmic elements, both the main remix and reprise celebrate every nuance of the 2001 track with modern day production and arrangement.

Their mixes are backed by three more exceptional new translations. Crosstown Rebel Damian Lazarus is up next and having originally signed the track to his cult imprint City Rockers, has to be one of the most appropriate men for the job. Delivering a much more driving re-shape, the chords, emotion and pulse are there but subverted enough for it to feel like a whole new adventure.

For even darker, deeper, late night variations look no further… Best-kept-secret Andre Lodemann and his studio cohort Fabian Dikof take us deep down the rabbit hole before massaging us with lush pads and instrumentation while Deetron slams the message home with a forthright and completely unexpected banger of remix.

Curated to span the same genres and moods that the original did over 18 years ago, the whole EP has been considered with full respect to the original. Naturally the OG versions are here in all their glory. FC Kahuna’s signature vision fully intact. Just be glad to be here…

&ME – This is a great package. Damian’s my pick on first listen.
Andy Baxter – Brilliant remixes!!
Dave Seaman – An absolute classic tastefully reworked by all.
DJ Three – Deetron has nailed it here for me. Support.
FC Kahuna – This is familiar, Really loving the Bedrock reprise today. It’s Monday. Fittingly.
Fort Romeau – John & Nick’s reprise is sounding nice. Thanks for this!
Guy J – John Digweed & Nick Muir Remix is a beauty. Thanks and best of luck.
Hernan Cattaneo – Massive release!!! I’ve been supporting the mixes already.
James Zabiela – Deetron the best of the set here for me.
Jimi Jules – Hammer remix von Andre.
Jody Wisternoff – Really brilliant set of remixes, Digweed & Muir nail it for me though with their super faithful to the original version :)
Joris Voorn – Wide range of remixes, but I’m going for the Digweed & Muir versions. Would love a Dub version to play out though.
Laurent Garnier – 100% DEETRON.
Leftfield – I loved the original and these remixes respect and capture the original vibe quite well. It’s a tough one because the original is so perfect.
Luca Bacchetti – Andre Lodemann & Fabian Dikof Remix is da shit ! Love it ! ..I also feel the John Digweed & Nick Muir Remix, perfect for a sunrise on the playa!
Nick Warren – It’s a stunning mix from Nick and John.
Patrice Baumel – Excellent package! Andre’s my pick on first listen.
Powel – Damian’s remix is great for me!!
YokoO – Enjoying the warm vibe in John & Nick’s remix. Thank you guys.
Yotto – This is absolutely perfect. Great takes on the classic.